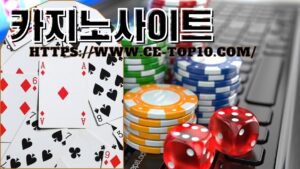 A Greens Brisbane councilor criticized developers of the A$3-billion Queen’s Wharf integrated resorts for presenting a design of the property that included “hostile architecture.” Councilor Jonathan Sri’s stream of criticism emerged after a development application for the luxury resort was submitted to the Queensland government.

The application included comprehensive information about Queen’s Wharf Brisbane and more specifically how it would look and how Brisbane residents and visitors are expected to benefit from its construction.

Councilor Sri said that the design of the furniture to be placed in the open spaces around the complex was “disgusting” and that it was not clearly intended to suit the needs of as many people as possible. The Greens Brisbane party member was particularly critical of the design of the benches that will be added across the expensive integrated resort.

According to him, their design is hostile to homeless people who are usually seeking well-lit and densely populated open spaces to spend the night, and benches in such areas are their only option to rest. The benches that are planned to surround the Queen’s Wharf Brisbane resort will be designed in a manner that would prevent homeless people from sleeping on them.

Councilor Sri further pointed out that the public spaces around the complex should be for everyone not just for its wealthy visitors. He has brought the matter to the attention of Brisbane Central MP Grace Grace, urging for a change of the recently presented design.

Response to the Voiced Concerns

Ms. Grace has told local media that the focus on open spaces was among the main reasons why Destination Brisbane Consortium was selected as the preferred bidder for the development of the Queen’s Wharf resort.

The politician also explained that a public consultation on the complex’s design was held this past Sunday and attending Brisbane residents generally expressed approval. People residing in the Queensland capital have up until October 19 to submit their opinion about the luxury resort and its design.

Destination Brisbane Consortium was selected as the preferred bidder for the Queen’s Wharf development back in the summer of 2015. The group of investors comprises Australian casino operator The Star Entertainment Group, Far East Consortium, and Chow Tai Fook Enterprises. The Star Entertainment, together with its partners, won the bid over its local rival Crown Resorts.

Construction work on the A$3-billion resort began in January 2017 and it is expected to open doors in 2022 with 카지노 gambling facilities, 1,000 hotel rooms, different food and beverage options, retail space, and multiple other facilities.

The Star Entertainment currently operates Brisbane’s only casino – Treasury Brisbane. The venue will be relocated to the integrated resort under construction so as for the operator to be able to use its existing gaming license. 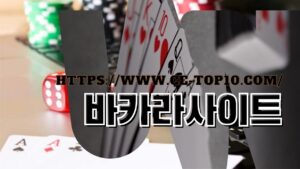 Edward Farrell, who was appointed as President of the venture this spring, told local media that preparatory work has been carried out on the site of the future resort so that construction can begin soon. Mr. Farrell explained that the bases to support the tower cranes have been put in place and that the actual cranes are expected to go up within the next two months.

Resorts World Las Vegas will mark Malaysian casino developer Genting Group’s first foray into Las Vegas. The operator broke ground on the resort back in 2015 but construction work has been delayed. The luxury complex was originally planned to feature a traditional ancient China theme, but the developer announced earlier this year that they have decided to move away from that initial concept. The resort will still feature an Asian theme, but a more modern one. The change in plans pushed Resorts World Las Vegas’ opening to 2020.

If there are no further delays in the project’s implementation, the complex will be the first of its kind to open doors on the Las Vegas Strip since the mid-2000s. The Great Recession impacted the profitability of Las Vegas’ casino industry to unprecedented extent and multiple construction projects had to be frozen as the economic conditions at the time did not bode well for their success.

Resorts World Las Vegas announced on Monday that it has selected W.A. Richardson Builders as its preferred construction manager. The construction firm was the general contractor of popular Strip properties such as Monte Carlo Resort and Casino, the Cromwell, the Linq, and Mandalay Bay. It also became clear that subcontractors and construction material suppliers have also been signed.

Earlier this month, the Clark County Building Department gave approval to multiple documents related to the construction of the integrated resort.

What We Know about Resorts World Las Vegas

Details about the integrated resort project are still too skim and officials have previously pointed out that more information will be gradually released over the next three years. As mentioned above, the scheme underwent a switch of concept from a more traditional to a more modern one. It is believed that a contemporary looking property will lure more patrons from younger generations, which has turned into an important goal of land-based casino operators over the past several years.

Resorts World Las Vegas will feature a 100,000-square-foot casino, a 3,000-room hotel, multiple restaurants, some of which will offer authentic Chinese and Asian cuisine, retail facilities, and other entertainment features. Genting Group is planning to invest around $4 billion into building the 카지노사이트 luxury casino resort.

Resorts World Las Vegas will be located at the site of the former Stardust casino. Genting Group bought the portion of land where it intends to build its resort from Boyd Gaming back in 2013 for $350 million. Boyd had previously purchased the site to build a hotel complex, but eventually decided against that plan.